Rose extends lead on day 3 of FLW Tour on LakeGuntersville 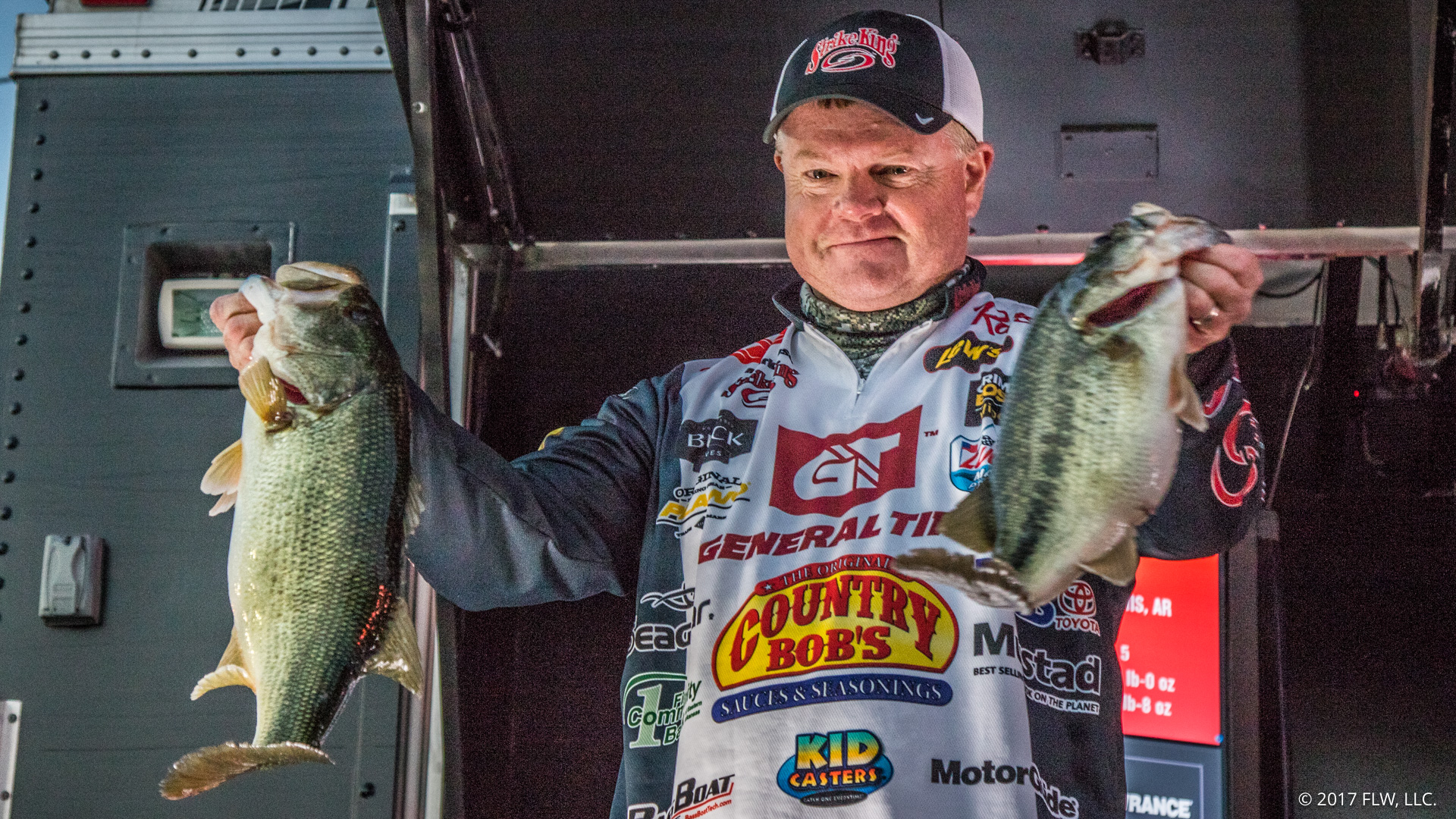 GUNTERSVILLE, Ala. –  General Tire pro Mark Rose of West Memphis, Arkansas, caught a five-bass limit Saturday weighing 19 pounds even to extend his lead at the FLW Tour at Lake Guntersville. Rose’s three-day total of 61-8 gives him a 4-pound, 12-ounce lead heading into the fourth and final day of competition. The field is now cut to the final 10 anglers in the event that featured 165 of the best bass-fishing anglers in the world competing for a top cash award of up to $125,000.

In second place is Bryan Thrift of Shelby, North Carolina, who weighed in five bass totaling 17-4 Saturday for a three-day cumulative weight of 15 bass worth 56-12. Hometown favorite Alex Davis of Albertville, Alabama, brought a five-bass limit to the scale weighing 20-2 – the largest limit of the day – to move into third place with a three-day total of 54-6.

“I was pleased with how my day went,” said Rose, who is seeking his third career Tour-level victory. “I’m not getting that many bites – one here, one there – but they’re coming. I feel like I’ve got a few things figured out and hopefully we can pull this thing off tomorrow.”

Rose said that he fished around 10 different areas throughout the day Saturday, cycling through some spots along with mixing in a few new ones. He said he caught eight keepers on a little Strike King jig, an old Strike King Flat Side crankbait and a vibrating jig.

‘I’m using the weather to dictate where I fish and what baits I’m throwing,” Rose said. “I’ve been saving one little area that I’m going to go hit tomorrow afternoon, when I feel like the conditions are right. I won’t be changing anything up tomorrow. I’m going to be doing the same thing that I have been doing, so the nerves won’t be too bad.” 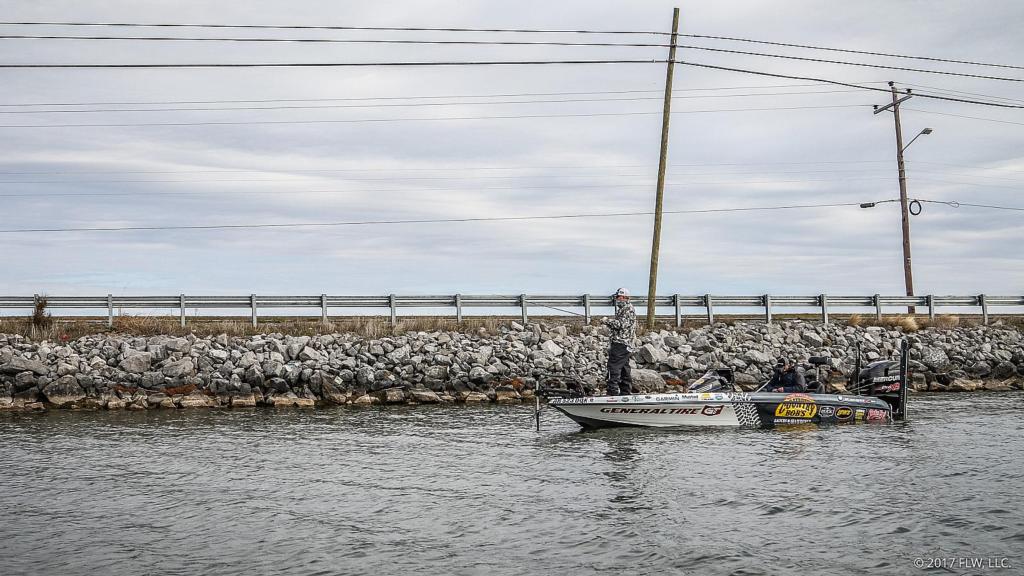 GUNTERSVILLE, Ala. – General Tire pro Mark Rose of West Memphis, Arkansas, caught a five-bass limit weighing 20 pounds, 4 ounces Friday to capture the lead after day two of the FLW Tour at Lake Guntersville with a two-day catch of 10 bass totaling 42-8. Rose will bring a 3-pound lead into day two of the four-day season-opening event that features 165 of the top bass-fishing anglers in the world competing for a top cash award of up to $125,000.

“I was fishing mostly grass today and I caught them fairly shallow,” said Rose, a 10-time Forrest Wood Cup qualifier with six career wins and more than $2 million in career earnings. “Somebody usually catches a big bag off of the bridges, but I don’t like to do that. I’ve had two second-place finishes and a third – all early in the year – and I’ve been beat on a bridge each time. That might be the deal to win it, but I’m just as comfortable doing what I’m doing – scratching and clawing.”

Rose sad that he caught eight keeper fish Friday, compared to 10 on Thursday. He said that he was fishing shallow, 4 to 6 feet, and caught fish on four or five different baits.

“I’m flipping and winding, throwing typical pre-spawn stuff,” Rose said. “I’m looking for the typical, good, pretty looking grass where the fish would go into spawn and where I feel like one would stage. That’s what I’m trying to key on all over the lake. The lake is on the verge of being really, really good.

“I would love to win on a lake that has as much history and tradition as Lake Guntersville,” Rose went on to say. “That would mean more to me than anything, knowing that the greats of all-time have won tournaments here and being in that category. A cold weather win, fishing shallow, would mean a lot, too.”